The child’s mother and a doctor were rescued from the rubble of the destroyed hospital in Vilnyansk, Zaporizhzhia region, following the rocket attack, according to Ukrainian authorities.

“The terrorist state continues to fight against civilians and civilian objects,” Zelensky said, referring to Russia.

“The enemy has once again decided to try to achieve with terror and murder what he wasn’t able to achieve for nine months and won’t be able to achieve. Instead, he will only be held to account for all the evil he brought to our country.”

Vilnyansk is a Ukrainian-controlled city. Parts of the wider Zaporizhzhia region are occupied by Russia, which claims it as Russian territory in violation of international law.

Zelensky claims Russian forces are “planning something in the south” 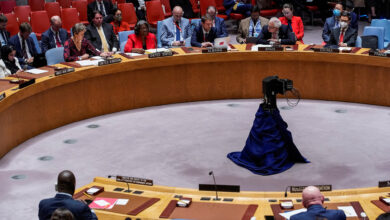