It was to be a mind-bending spectacle. The sun would rise, and then again, and again, so that three fiery orbs would be aligned in the sky before our very eyes.

Or something. Descriptions of the promised phenomenon varied between the incredible and the impossible, cumulatively convincing my wife and I to venture up to Tres Cruces de Oro, a 3,700-meter-high lookout point over where the Peruvian Andes meet the Amazon. It is a location once deemed sacred by the Inca for the optical illusions said to accompany the sight of the rising sun.

Further incentive to make the notoriously exhausting trip — 11 hours including two bus rides and a cliff-side stroll in the pitch-black night — came from the fact that, along the way, we would be visiting the remote village of Paucartambo just in time for Virgen del Carmen, a three-day festival celebrating the village’s patron saint, the Virgin Mary.

“This is a religious ceremony,” the travel agent had informed us. “In the day, people are praying, they go to church. This is very serious. But at night …”

He put his thumb to his lips and threw his head back repeatedly. “They drink.”

He swayed from side to side. “They dance.”

He flung his flailing hands in the air, and kept them up. “They go crazy.”

There was no smile on his face. “This is also very serious.”

“Watch out,” he wagged his finger at us.

And we did — we kept our eyes wide open, but it wasn’t so much out of caution as sheer sensory overload. A coil of twisting alleyways and blue balconies, all bisected by a rocky-banked river, Paucartambo was, when we arrived at dusk, buzzing with layers of activity, with seemingly its entire population of 1,500 scrambling to accommodate the 15,000 visitors already arriving in large groups, despite the village’s lack of hotels and, for the most part, basic plumbing.

Known as one of the year’s liveliest festivals, the Virgen del Carmen annually attracts Peruvians from all across the nation, many of whom attend with their entire families in tow. As such, trucks lined the outskirts of the village, unloading mattresses to waiting crowds; visitors packed the miniature squares, pitching tents in piles; signs were posted outside a few homes and taverns advertising the availability — for 50 cents — of a toilet or, more likely, pit.

Lights were strung up and candles lit, and, on every corner, carts sold plastic swords, saliva-fermented beer and anticuchos — skewered beef hearts.

It took some time for us to reach the church at the center of the village, where evening mass was being held. Not wanting to intrude, we stayed by the door, huddled at the edge of a golden glow in which parishioners lit their candles and bowed to murmur their prayers at an elaborately designed altar.

Despite the chaos rumbling behind us and as far as the stairs leading up to the church, mass remained impenetrably serene, even as the building began to overflow.

We killed some time in a hole in a wall, admiring Cusquena calendar girls from the mid-1990s, wondering when the party would start, until it did, with all the force and suddenness of a military raid. Masked men stampeded down our narrow street, hollering and cracking whips, groping bystanders and pulling them into brief, crazed dance routines before sending them twirling off.

Screams and laughter erupted in equal measure as, under the flash of fireworks, the men showed off their (fake) bulging eyes and bulbous noses, their bushy hair and, most of all, their costumes, which seemed to consist of every color in the spectrum and some new ones.

This was, I later found out, the Saqra — the dance of the Devil as he flees from the Blessed Virgin.

One of the things that fascinated me most about Peruvian culture was the extent to which Inca traditions remain integrated with the country’s largely Roman Catholic beliefs. On very few occasions is this more evident than Virgen del Carmen, during which the Virgin Mary is celebrated by 19 different dances — each with its own performers, rules and unreasonably elaborate costumes — including the Misti Qanchi, which celebrates the corn goddess, who supplies the festivities with food; the Majeno, which recognizes the area’s ties to the liquor trade (this dance is performed with a beer bottle in hand); and the Chukcho, inspired by malaria fevers.

There are even dances that mock the conquistadors, who introduced Catholicism to the region, and one that parodies Spanish bullfighters, all in the name of the Virgin Mary.

Most notorious among the groups are the Qhapaq Qolla dancers, who, with their white, mustachioed ski masks and stuffed baby llamas tied to their backs, displayed the sort of “mischief” which non-Peruvians might be tempted to call sociopathic. Like the rest of the performers, the Qhapaq Qolla begin preparing — and drinking — for the event days in advance, the only difference being that, in a festival where glasses are raised at the Virgin’s likeness as it’s paraded around the village, they seem to take the drinking part to an entirely different level, never letting their energetic, rooftop-skipping dance moves get in the way of a good, long swig.

And the party raged on. Our options were between asking any of the incredibly hospitable town residents for lodging, or partying through the night until it was time to meet the crazy sun(s). We chose the second one.

Sometime later, we found ourselves at Tres Cruces and wildly disoriented. The ground was sludge, refusing to solidify beneath our feet, and the fog was thick and sporadically pierced by headlights coming from directions that made no sense. And it was cold beyond cruelty.

There were crowds there, all invisible, until our collective, confused mumbling gradually drew everyone together, and I was disappointed to confirm that, yes, someone had actually brought their guitar.

We waited, the lot of us, huddled on a cliff side, as it began to drizzle, then rain. It remained dark, and the excited whispers faded into expectant silence, then grew into grumbling. There was some impatient plucking of guitar strings, but beyond that, nothing, until we faded into each other’s vision and realized that the sun had risen — maybe even three or five of them — but that it mattered little behind fog this thick.

It should have been disappointing, maybe, but I didn’t really know what it was that we had missed, and part of me found the idea of a bunch of people waiting in the cold dark for a sun that never shows a little amusing, especially when one of those guys has a guitar and probably something written for the occasion.

It was still gray skies when we returned to Paucartambo, and I left my wife passed out on the bus while I took a stroll around the village to determine the damage caused by the party, which, as it turned out, was still staggering on. The streets were soaked with beer and urine, stray dancers stumbled about, singing inside their masks, and bodies were curled up on steps and under leafless trees.

I trailed some shouting to the main square, where a gang of Qhapaq Qollas were slapping planks of wood together in an effort to erect a platform without letting go of their beer bottles. A few carried their beers between their lips, throwing their heads back every few minutes. It wasn’t even 8 am.

I asked an un-costumed man about the platform, and he slurred a lot of words and pointed to a llama tied to a nearby tree. So I sat and watched as the Qollas continued to drink and build, and celebrate their finished building by drinking around, and then on top of it. And then their attention shifted to the llama.

It’s hard to say whether all that alcohol ultimately assisted or hindered their efforts to get that llama onto the platform. I’d say, all things considered, it probably helped.

By this point a crowd had gathered and after several rounds of elevated drinking, the Qhapaq Qolla men proceeded to shower upon them gifts of the sort that you wouldn’t expect to be showered on people with exposed heads — wooden stools and baby chairs, shelves and racks, kitchen utensils, and fruits forcefully pelted to compensate for their lack of sharp edges.

It was all clearly part of the fun and bystanders took it on the chin, nose and brow with a smile, as did my wife when she got an orange on the lips shortly after finding me. Spirits continued to soar as behind the crowd flowed an endless procession of masked dancers and honking brass bands while, at the heart of it, children rattled the platform by its bowed legs, cheering as the beer and furniture continued to rain down.

And riding the storm was the llama, which impressed me by how unfazed it seemed by it all.

What did faze the creature, though, was having its neck grabbed and being made to chug an entire 620ml bottle of beer in what must have been record time for any living thing, anywhere. But despite being drunk and ten feet off the ground, the llama kept it together—barely, judging by its eyes—until it was time for it to descend from the platform via a narrow plank and much drunken jostling. In the end, one of the Qhapaq Qolla covered its head with his own beer-soaked mask, calming the creature long enough for them to roll it off the plank and into the crowd.

Maybe I had missed seeing the sun in triplicate but I was there for the drunken llama drop, which was certainly a once-in-a-lifetime sight. At least one would hope.

The llama descended, the platform was lit up shortly afterward, in fireworks then flames, and the celebrations continued and seemed as if they would until the end of time. So, my wife and I left, choosing to believe that they would. 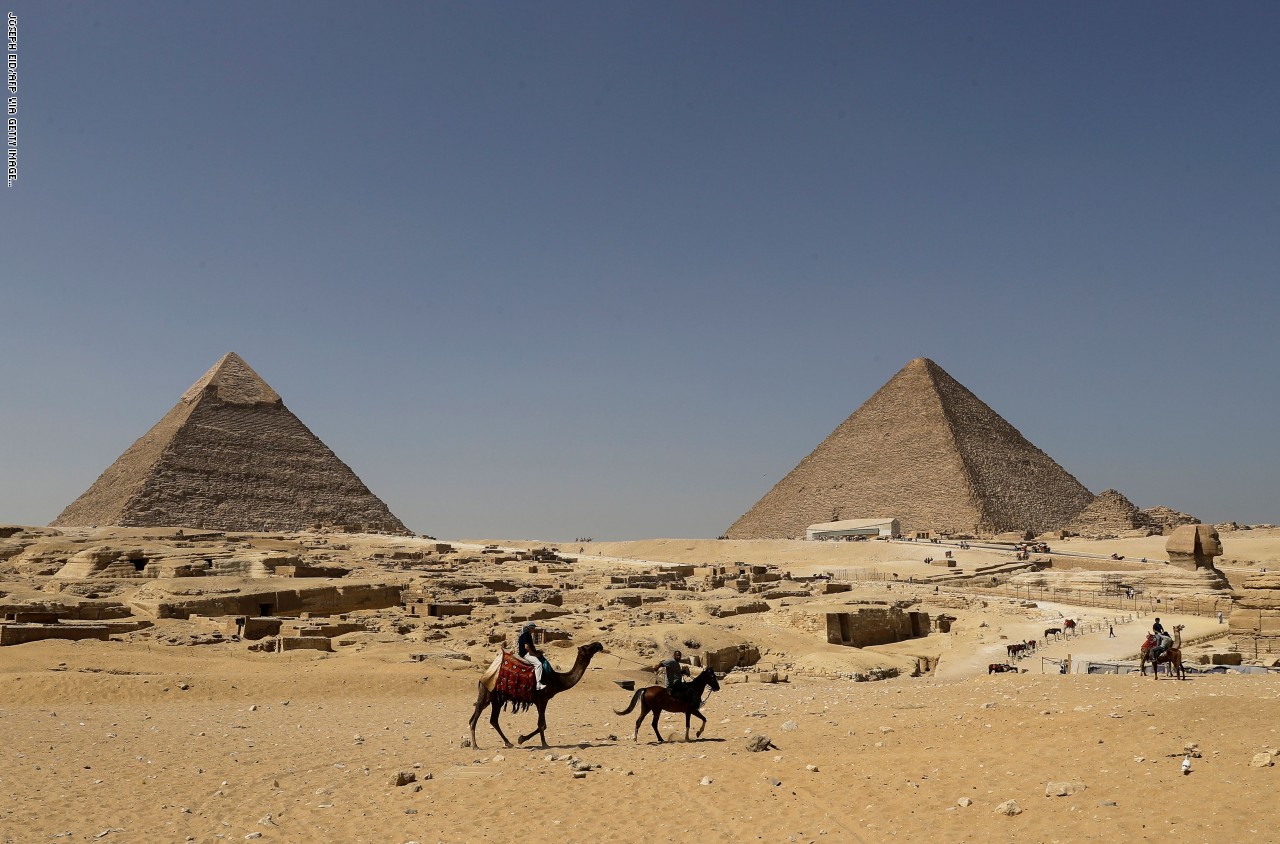