Train traffic has returned to normal as of Friday morning, following a train derailment at al-Tal al-Kabeer Station on Thursday evening.

No deaths were reported in the incident.

Trains were halted for several hours after the train, which was en route from Zagazig to Ismailia, derailed upon entering the station.

Civil Defense Forces and the National Railway Authority rescue team pulled the train to the train shed for repairs. Initial investigations suggest that an imbalance in the shunt of the railway track caused the incident.

Ismailia murderer who slaughtered man on street sentenced to death 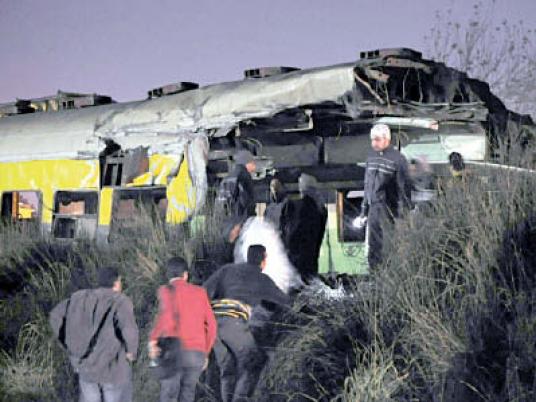