Three common news items were spotlighted in local newspapers on Friday specifically: the funeral of an Egyptian border guard said to be fired upon from within Gaza, the aftermath of lethal drive-by shooting outside a church in Naga Hamadi, and to a lesser extent governmental grievances against the Viva Palestina Convoy. Egypt’s big three state-owned newspapers – Al-Ahram, Al-Akhbar and Al-Gomhurriya – devoted the lionshare of their coverage to the funeral of Egyptian border guard Ahmad Shaaban.

Al-Ahram ran a large headline reading “Popular and official condemnation of Hamas’ assassination,” the newspaper bestowed upon the slain soldier Ahmad Shaaban the title “Martyr of duty.” Al-Akhbar’s biggest front-page headline read “Popular outrage against Hamas’ crime.” Al-Gomhurriya wrote “Hamas leaders hatched this disgusting plot” and ran a headline reading “Hamas deployed snipers along the border,” this paper described Shaaban as “the Martyr of the border.” These three papers all ran spreads calling upon authorities in the Gaza Strip to apprehend the sniper and to hand him over to Egypt where he would stand trial.

Meanwhile the largest front-page headlines in the independent Newspapers Al-Shorouq and Al-Dostour related to machine-gun attack outside a church in Naga Hamadi which left six Coptic Christians and a Muslim guard dead, along with ten wounded, following Christmas mass on Wednesday night. The violent protests of 2,000 Copts in the aftermath of this attack were also prominently featured. This was the focus of the liberal opposition newspaper Al-Wafd too.

Quoting security officials, Al-Ahram ran a headline reading “the Naga Hammadi incident is not sectarian.” The big three state-owned papers directly linked the killings to the rape of a Muslim girl by a Coptic man in the nearby Village of Farshout several weeks earlier. These papers pointed to the “revenge motive” behind the crime rather than “a sectarian motive.” The ringleader of this attack is said to be a 37 year old named Mohammad Ahmad Hussein, aka “Hamam al-Kammouni” who is reported to have a violent criminal record.

The passage of the Viva Palestina Convoy into Gaza on Wednesday, and the assessment of damages in the Port of Arish following clashes with security forces on Tuesday night were also widely covered. Al-Ahram described the announcements of British MP George Galloway as “lies” and “misleading information.” The paper mentioned that Galloway “escalated the crisis by issuing a flood of misleading statements to the media, which led to violent protests (in Arish and Rafah) and the fatal shooting of a Egyptian border guard.” The big three state-owned papers ran articles about the general prosecutor’s investigation of damages in Arish Port and calls for the prosecution of seven “trouble-makers” with the Viva Palestina Convoy for their “violent acts” which led to the wounding of 29 soldiers and officers. None of these papers mentioned the number of convoy members who were wounded at the hands of Egyptian security forces.

In light of growing security concerns along the Egypt-Gaza border Al-Dostour ran an article headlined “fatwa issued by Sufi orders against the iron wall.” It focuses on the Sufi orders’ criticism of an earlier fatwa issued by Al-Azhar in support of the wall, along with a Sufi denouncement of this impregnable iron barrier which Egypt is constructing 30 meters underground in order to cut off tunnels/smuggling between Sinai and Gaza. 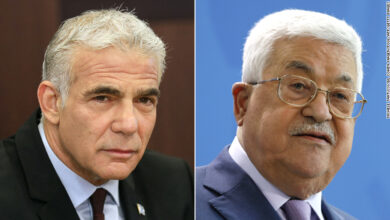