Facebook Twitter LinkedIn
Q: Which awards did you win while representing Egypt?
A: In 2014, I was awarded "Best Inventor in the World" by the United Nations, "First Inventor in the Middle East" by the ruler of Kuwait and "Best Inventor" by the International Festival of Talents in London. I have also obtained international patents for my invention.
Q: Which invention?
A: The Smart Dam. The idea is to construct a dam in the sea that allows the water to slope and rotate seven turbines of 600 MW each, while making use of surface winds, which are 70 percent stronger than the earth’s surface wind.
Q: Have the officials in Egypt ignored your invention?
A: They haven’t heard of it in the first place.
Q: How did you get United Arab Emirates citizenship?
A: They approached me and enrolled me in a school for high achievers. Then they gave me citizenship so that I could represent them in international competitions.
I was received with flowers when I won the gold medal at the International Exhibition of Inventions.
Q: What would you say to those who accuse you of treason for raising the flag of the United Arab Emirates?
A: I am sure that they would go to Sudan if there were an opportunity for them there. Egypt did not help me at all. It was the UAE that gave me everything.
The interview above was between Al-Youm Al-Sabea newspaper an Mostafa al-Sawy, the 20-year-old Egyptian inventor. He is being accused of selling out his country for a few dollars.
Did he find appreciation in his own country in the first place? Should he have remained captive to backwardness and neglect? Should he have continued to live in a system that promotes superstition and renounces science?
There are 86,000 Egyptian scientist who left the country and went to live in countries that helped them contribute to mankind with their inventions.
We have but ourselves to blame for killing such talent instead of giving them the opportunity to do something useful.
Edited translation from Al-Masry Al-Youm
Tags
inventor Mostafa al-Sawy 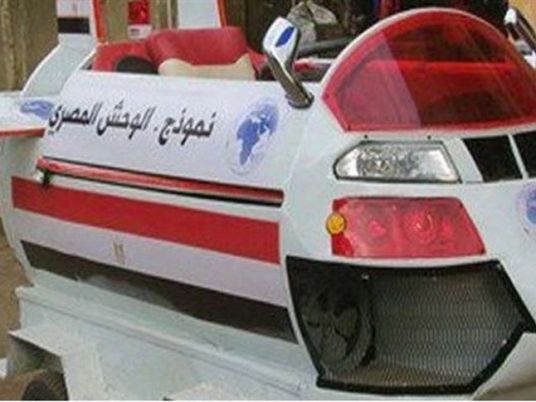