Saint Catherine’s Archeological Area welcomed the First Lady of the Republic of Cyprus Andri Anastasiades, on the sidelines of her visit to Egypt to attend the 27th Conference of the Parties to the United Nations Convention on Climate Change, being held in the Red Sea resort city of Sharm el-Sheikh, Egypt. 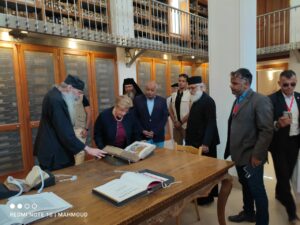 She was received by the Director of Saint Catherine’s Archeological Affairs Ahmed Adel, who accompanied her on a tour of Saint Catherine’s Monastery, one of the most important and unique Byzantine monuments in Egypt and the world, which was established in the sixth century AD by Emperor Justinian and reportedly includes the sacred bush tree that God spoke to his Prophet Moses at it. 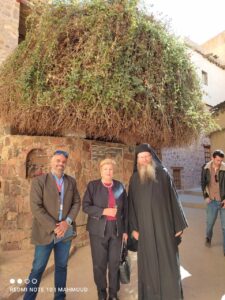 The visit also included the Church of the Transfiguration, which contains the oldest mosaics from the sixth century AD, the Fatimid Mosque, the library of St. Catherine’s Monastery and the exhibition of sacred icons. 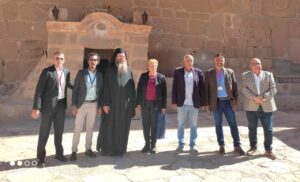 Over the past two days, archaeological sites and Egyptian museums witnessed an influx from official delegations participating in the conference, expressing their keenness to visit Egyptian sites and museums while they were in Egypt.

US dollar price rises in Egypt on Tuesday morning