It’s hard to ignore the recent changes on the Arab political scene. We will not consider the entire scene here; rather, we will focus specifically on Egypt and Syria, which are currently facing similar sets of circumstances. The Syrian regime has for years been besieged by Western capitals, but has–following the Machiavellian model–managed to turn adverse conditions into points of strength.

Syria has finally emerged from its shell using innovative solutions, including the development of its relations with neighboring Turkey. In fact, Syria has been Turkey’s best friend in the region ever since Syria dropped its historical claim to present-day Turkey’s Al-Iskandaron region. This kind of pragmatism will allow Syria to save a trump card for later use.

Today, Turkey is a regional supporter of the regime in Damascus. Furthermore, there is a sizable volume of trade between the two countries that has left the Syrian market flooded with Turkish products that enter the country both legally and illegally. What’s more, the major role played by Syria in terms of the Palestinian question has served to thwart western–specifically American–plans to weaken Palestinian resistance group Hamas. Hamas is, in effect, managing its conflict with Israel from Syria.

Syria has been dealing with Iraq in a similar fashion, using American threats to its own advantage to become a major player on the Iraqi stage. In fact, the Syrian regime has been accused by some Iraqis of supporting armed groups that allegedly carry out terrorist activity on Iraqi territory.

To recognize Syria’s influence over Lebanon, notice how often the Lebanese prime minister visits Damascus. Even before the days of Saad Hariri, Lebanese leaders–even those most bitterly opposed to Syria–performed regular pilgrimages to Syria.

The blockade on Syria could be lifted at anytime, since Syria’s role in the region–as I have pointed out earlier–has pushed the West into opening lines of communication with it. Syria is a major player in the region, with fingers in both the Iranian and Turkish pies.

Syria has employed the "art of the possible" to use its enemies–let alone its friends–to its own advantage. Syria’s successes should, therefore, prompt us to reconsider longstanding Egyptian foreign policies.

Unfortunately, Egypt continues to pursue a policy detached from the reality of its geographic location. Egypt’s role in the Palestinian question is governed by its vital interests and its geographic proximity to the conflict. However, that role has been diminished over time due to a myriad of factors–of which the Egyptian regime is a major one.

Egypt’s powerful inclination to side with the US has tipped the balance in favor of Israel. In fact, the steel wall Egypt is building on its border with the Gaza Strip is only one of a series of concessions, made behind closed doors, to allow the regime to continue in power without American pestering for political reform and democracy.

But in light of the delicate situation in Gaza at the end of 2009, the regime’s fig leaf has fallen. Furthermore, the recent crisis with Algeria served to tarnish Egypt’s image as the "eldest sister" of the Arab world, and we will undoubtedly see the affair’s implications on the selection of the Arab League’s new secretary general. The Egyptian candidate certainly won’t receive the same level of Arab support as that garnered by Amr Moussa. Let’s brace for the worst.

Today, if you so much as mention the Egyptian regime on most Arab streets, you will hear no praise–thanks to the regime’s policies. You might even be accused of treason.

Even if we adopt an "Egypt First" mindset, we will still find that Egypt’s strategic interests remain under threat–even though PM Ahmed Nazif tried, during his recent visit to Ethiopia, to bolster whatever ties with Nile Basin countries still enjoyed by Egypt.

It’s only through imagination that nations are able to progress and work towards the future. This requires innovative ideas that allow us to read current realities in a new light.

Who is the Saudi who blew himself up during his arrest and the case in which he is accused? 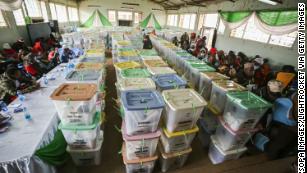 McDonald’s is starting to reopen in Ukraine