The crisis of the university niqab ban deepened over the last couple of days as university management refused to allow female students to replace their niqab with medical masks.

Arguments broke out between professors and students at Zagazig University’s faculty of education, after professors insisted on female students removing their niqabs before sitting their exams.

The dispute resulted in a state of chaos that delayed the distribution of exam papers. Male students expressed solidarity with their female colleagues, forcing Moussa el-Sharqawi, general supervisor of examination rooms at the education faculty, to let the girls into the exam room. The argument almost degenerated into a fist-fight and university security guards had to interfere to put it down.

President of Zagazig University Maher el-Demiaty had made a decision banning all students, professors, and employees from entering exam rooms wearing the niqab.

Ahmed el-Refaai, vice president of Zagazig University for student affairs, stated that the disturbance had not interfered with the examination process, adding that female professors acted responsibly by adhering to the university’s decision and being the first to remove their niqabs.

Meanwhile, a student at the Faculty of Dar el-Uloom at Cairo University filed a report at Giza Police Station accusing the dean of her faculty of assaulting her and denying her access to the exam room wearing the niqab.

The dean denied assaulting the student and stated to Al-Masry Al-Youm that he was committed to implementing the law. 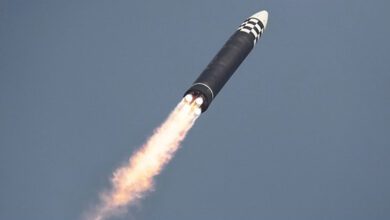