A man who encountered the suspect at the Alhambra dance hall just minutes from the scene of the massacre said he knew immediately the armed man was dangerous.

“He was looking at me and looking around, not hiding that he was trying to do harm. His eyes were menacing,” Brandon Tsay told the New York Times.

He was first alerted to the man’s presence when he heard the front doors at Lai Lai Ballroom & Studio close as he was working in the ticket office of the business his family has run for three generations, Tsay said.

The man pointed a semi-automatic weapon at Tsay, he told the Times, saying it was the first gun he’d seen in real life. “My heart sank, I knew I was going to die,” he said.

“From his body language, his facial expression, his eyes, he was looking for people,” Tsay said.

He struggled with the man for about a minute and a half and eventually wrestled the gun from him, Tsay told the Times. He was able to grab the weapon when the man took his hand off it, as if to manipulate it to begin shooting, Tsay said.

“That moment, it was primal instinct,” he said. “Something happened there. I don’t know what came over me.”

Once Tsay was in control of the gun, he pointed it back at the suspect and yelled for him to “get the hell out of here,” he said.

Tsay told the Times he’s still processing what happened but is heartbroken for the Monterey Park community. “We have such a tight-knit community of dancers,” he said. “It feels so terrible something like this happened, to have one of our individuals try to harm others,” he told the Times.

What authorities said about the second location: After releasing a barrage of gunfire on the people inside the Star Ballroom Dance Studio in Monterey Park, California, police said the gunman drove to the second dance hall in neighboring Alhambra where he entered with a firearm but fled after being disarmed.

The suspect was later found dead Sunday inside a white cargo van after a standoff with police in Torrance, California, according to police. 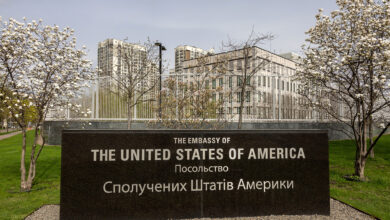 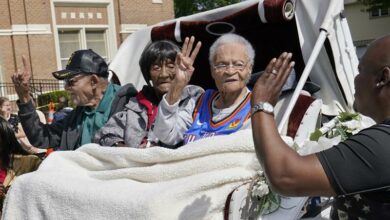