Hisham Ragab, assistant trade minister for legal affairs, said that the General Authority for Supply Commodities has not invited any tenders for importing rice since 12 October, 2009. Ragab explained that the ministry is preparing to organize a first tender for exporting 100,000 tons of rice, based on a new system that involves giving companies the chance to compete to offer the highest prices, after paying LE1000 exportation fees.

He added that the new plan helps avoid injustice to farmers who had previously been forced to sell rice at low prices to contesting firms, with one ton selling for LE700. According to Ragab, under the new system the price will be as much as LE1100.

Ragab added that the companies that had participated in the 12 October tender are bound by the dates assigned for importing, especially given that the Ministry of Trade has extended the import deadline until next January to enable the companies to reach their target in the light of rising prices in the market. Ragab asserted that any company breaching these rules will be subject to fines and removal from the authority’s list of importers.

Ragab also said that the ministry has so far only suspended for six months any companies contravening standards for importing rice supplies, without fining them. The ministry is therefore anxious to impose measures to secure a high quality of rice imported by the authority.

On the other hand, Abdel Aziz el-Saltisy, head of the rice division at the chamber of grain industries, yesterday warned traders and farmers against withholding the amount of rice needed by the market with the aim of increasing prices. He noted that this might cause the trade minister to reconsider a decision allowing importation within the limits of 500,000-600,000 tons annually through public tenders, along with separating the process of exporting from importing for the supply authority.

El-Saltisy noted that, before the minister’s decision, prices had hit their lowest levels, with barley rice dropping to LE850, causing serious losses for both merchants and farmers. He emphasized that prices are currently stable (a ton of barley rice costs LE1200, white rice stands at LE1600, while high quality rice has reached LE2000), and that any attempt to manipulate prices will only result in measures that go against the interests of farmers and traders.

Saltisy expected that rice exports will increase in the coming period, and maintained that the recent harvest of 5.5 million tons – in addition to 500,000 tons for storage – is enough for consumption and will not affect quantities and prices, as is in keeping with the target of the ministry. 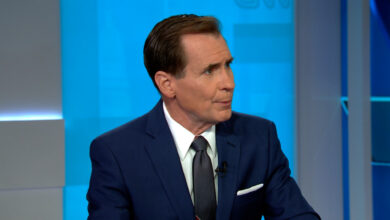 Egypt to achieve self-sufficiency of sugar by 2023: minister