The ruling Supreme Council of the Armed Forces on Monday invited all youth groups that participated in the January 25 revolution to take part in a meeting on Wednesday.

The invitation came after the revolutionary forces staged a demonstration on Friday, demanding to be included in the decision-making process during the transitional period.

The Muslim Brotherhood and Salafi groups boycotted the Friday demonstration, describing it as being "against the people" and organized by "infidels, atheists and liberals".

The demonstrators also demanded the postponement of parliamentary elections and the preparation of a new constitution that defines Egypt’s political system.

The meeting with the council is slated to take place at the Galaa Theater in Heliopolis at 8 pm.

The council requested each coalition to send no more than ten representatives, as the theatre can only hold 1000 people.

Egyptian Justice Minister Mohamed al-Guindi said on Saturday that proposals for the new constitution and the parliamentary election date are being carefully studied.

He also said that the government would agree to postpone elections if that is what the people wanted. There was full understanding between the ruling military council and the government to work for the benefit of the country, he added.

Finances of army and president are being monitored: Auditing authority 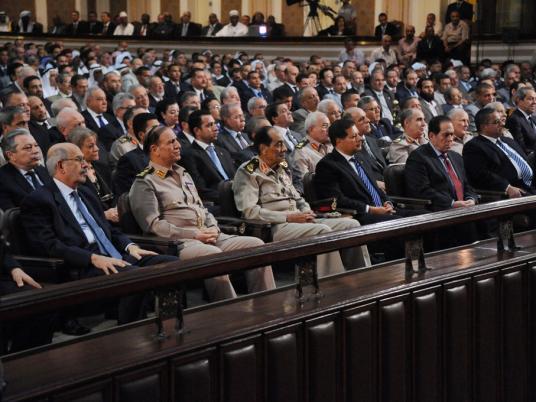 Morsy meets with SCAF after report accuses army of abuses