Sitting next to the Israeli Foreign Minister in Washington this October, Secretary of State Antony Blinken was clear: The Americans want to re-open their consulate in Jerusalem to serve Palestinians.

“We’ll be moving forward with the process of opening a consulate as part of deepening of those ties with the Palestinians,” Blinken said at the State Department.

Less than a month later, Israel’s political leadership was also clear: it has no plans to approve such a consulate (the host country must approve any new foreign consulate).

Asked by CNN at a press conference Saturday evening about US intentions, Prime Minister Naftali Bennett said his government had presented its opinion to the Americans “clearly and openly.”

“There is no room for another American consulate in Jerusalem. We always present our position quietly without drama and we expect it to be understood. Jerusalem is the capital of one state and that’s the state of Israel,” Bennett said, standing alongside Foreign Minister Yair Lapid and Finance Minister Avigdor Liberman. “I’m sure our American friends and us will continue to collaborate on a long list of big things.”

Lapid, who sat next to Blinken as he made those comments in Washington last month, echoed Bennett’s sentiments, adding that if the Americans want to open a consulate for Palestinians in Ramallah, they would be welcome to do so.

“As for the (US) consulate, as we both said it is not about politics and political stability. It is the State of Israel refusing in principle that a consulate be opened in Jerusalem,” Lapid said.

Embassy in East Jerusalem, capital of a potential future state of Palestine. 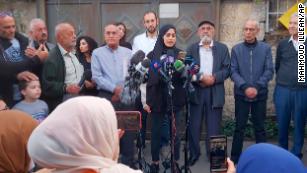 The Americans have been seen as largely holding off from major confrontations with Israel over issues like the consulate or the expansion of Jewish settlements in the West Bank, as a way to help shore up the stability of the coalition government.

Stitched together from a diverse group of eight parties representing a broad spectrum of ideologies, the government came to power in June agreeing on few subjects except a desire to oust former Prime Minister Benjamin Netanyahu after 12 years in power.

Passing a new state budget at the end of last week — which had not been accomplished since 2018 leading to Israel’s record four elections in two years — puts the government on much more stable ground (because failure to do so by November 14 would have triggered new elections).

Now some world partners, including European diplomats like Irish Foreign Minister Simon Coveney, have made it clear that with the new government now looking more secure, it is time to start pushing Israel harder on issues related to the Palestinians.

“I think that both the EU and the US quite frankly have been cautious in terms of any criticism of this new Israeli government because it is a fragile government,” Coveney told CNN’s Becky Anderson on Thursday.

But with the budget passed, and Israel’s government looking set, “both Washington as well as the European Union needs to now focus on their relationship with this new Israeli government, and make it very clear to them that if we are serious about delivering a peace process together, well, then expanding settlements not only is illegal, but it is also unacceptable to the international community,” he added.

Hussein Al Sheikh, the Palestinian Authority’s head of Civil Affairs, said in a tweet on Sunday that Bennett’s statements about the consulate in Jerusalem represent a “challenge from the Israeli government to the #Biden administration,” seeing as it had “already announced repeatedly its decision to open the US Consulate in East Jerusalem!!!”

While the new Israeli government’s mantra in its relations with the United States has been “no drama,” especially when it comes to a possible return to the Iran nuclear deal, the Biden administration has openly criticized the Israeli government recently over issues related to the Palestinians.

A recent announcement by Israel to green light thousands of new Israeli housing units in the West Bank, was criticized by the State Department, whose spokesperson Ned Price called it “completely inconsistent with efforts to lower tensions and to ensure calm.” 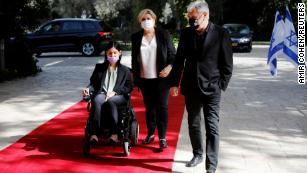 Israel’s move to label six Palestinian NGOs as terrorist organizations, accusing them of working with the designated terrorist group Popular Front for the Liberation of Palestine, also drew some sharp words from the Europeans and Americans.

“We believe respect for human rights, fundamental freedoms, and a strong civil society are critically important for responsible and responsive governance,” State Department spokesperson Ned Price said at the time.

But when asked on Saturday if his government was headed toward a confrontation and increased tensions with the Americans, now that the budget had passed, Bennett simply said, “No.”

“There is so much more we agree upon with American friends that we disagree upon,” the Prime Minister said, adding ” I am sure our American friends and us will continue to collaborate on a long list of big things.” 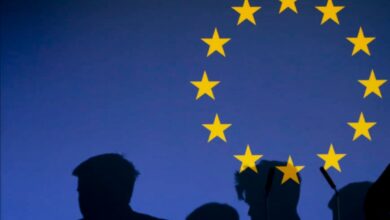