A soldier in a Ukrainian uniform morosely contemplates the ruins of an Orthodox monastery in Ukraine’s eastern Donetsk region.

“This is a result of Putin’s war,” he says, angrily, as he paces through the wreck. “As a Christian, this is very offensive to me.”

The soldier, whose name CNN agreed not to reveal to protect his identity, goes by the call-sign “Caesar.” He is one of hundreds, if not thousands, fighting to keep the town of Bakhmut, the current epicenter of the war, in Ukrainian hands.

But there’s one thing that sets him apart from most of those who share the same goal: he’s Russian.

“From the first day of the war, my heart, the heart of a real Russian man, a real Christian, told me that I had to be here to defend the people of Ukraine,” Caesar explains.

“We are now fighting in the Bakhmut direction, this is the hottest part of the front.” 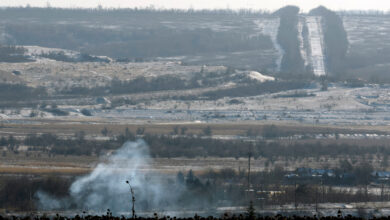 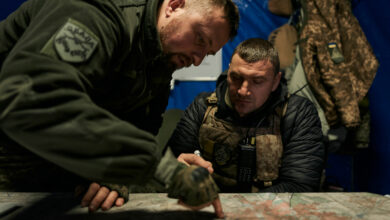