Prime Minister Ahmed Nazif issued a decree yesterday extending the Islamic Bairam holiday to ten days for both schools and universities. The break will end on Saturday, 5 December.

The decision comes as part of the protective measures being implemented to counter the spread of H1N1 inside schools and universities, said Magdi Radi, cabinet spokesman.

Although nine schools and 47 classes have been shut down throughout the country due to new H1N1 cases, the Ministry of Education stressed that no changes will be made to examination schedules and syllabi.

Yesterday at the International Conference for Ozone, Minister of Health Hatem el-Gabalyi said the government has decided to extend the feast vacation to ten days for all students and employees at schools and universities. The holiday will start on 26 November and end on 5 December, with classes resuming the next day. The holiday extension is due to an increase in the number of H1N1 cases.

In Giza, five classes were shut down in different areas as a result of newly discovered cases of H1N1 among six students. The Giza Secretary for the Ministry of Education Mahmoud el-Ereini said one class at Nasr Elementary School in Dokki had been shut down after a student, 7, was found with the virus. Another student, 12, at el-Dokki Elementary School also was infected. A third class was shut down at el-Wadi Elementary Language School. El-Ereini added that another class was closed at Salah Eddin School in North Giza and also one at Thebes Primary School in the same area.

In 6 of October, a third year student at el-Qadisiya Primary School in Kerdasa was infected, and the class has been shut for 15 days based on a directive issued by Governor Fathi Saad.

In Helwan, Governor Hazem el-Quweidi decided to close the British School in el-Rehab City, as well as Hadaeq el-Maadi School, in addition to two classes at the English School in New Cairo, and a class at Ezzat Abdel Raouf School and el-Jomhuriya in the 15th of May and the American Language School (Oasis) at el-Maadi after eight cases were discovered.  Two other cases were also found at both the German University and Future University.

No amendments or changes to the syllabi have taken place, said Saeed Abu Serea, assistant minister of education, adding that since the beginning of the year, instructors have been told to only scale down the number of assignments given to students. The timetable set for examinations remains unchanged, despite rumors to the contrary, he said.

First term exams will begin on 22 January and will end on 4 February, 2010. The mid-year vacation starts on 6 February and extends until the 18 February. Abu Serea also demanded that students who miss class due to emergencies intensify their studies to make up for lost time.

In the Red Sea governorate, five cases of H1N1 were found in schools and al-Azhar institutes.

In Beheira, three suspected cases were being examined at the governorate’s Chest Hospital. In Ismailia, Dr. Ibrahim el-Desouqi, general manager of prophylactic medicine, announced there are ten cases of H1N1, and all patients are receiving treatment. 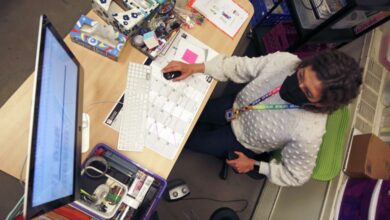