Since ancient times, the fertile and ever renewing soil of the Nile took advantage of a suitable climate for different crops such as grain and vegetables, leading to the ancient Egyptians realizing the value of agricultural lands.

Vegetables are of great importance to human nutrition as they are the body’s main source of minerals and vitamins, which are essential components in tissue and bone structure as well for various biological processes. Vitamins and minerals also protect the body against disease.

We have two main groups of vegetables:

Other types of vegetables include eggplants, okra, pumpkin, sweet peppers, tomatoes and zucchini.

I would like to start with Egypt’s most remarkable vegetable Molokheya, or Green Mallow, which was planted since Pharaonic times, but it was not described until the Greco-Roman period.

Theophrastus writes of a plant growing naturally in wheat fields that has a long stem and leaves resembling those of wild berries. This was gathered, laid out to dry, then rubbed into a paste and given to animals as a source of energy along with the flower that bloomed with it, which was yellow and as small as sesame.

What Theophrastus saw, however, was probably the remains of a harvest that had been long planted. Molokheyya now is popularly grown in the delta and in the middle and eastern areas.

There are two types of green mallow, with one having a long stem and large leaves and the other a storm stem and small leaves (molokheya n’na’y), yet both can be cooked in the same way.

We have many methods of cooking molokheya, even more than 18 recipes all over the country, but the most famous one is Green Mallow with Rabbits.

Skin the rabbit and remove its guts. Wash well inside and outside. Cut into 5 pieces and soak in salted water for 15 minutes, then rinse.

Boil the water, then add the rabbit and the whole onion.

Remove the froth as it forms and add the mastic grains, cardamom, bay leaf, and black pepper.

Boil for around 45 minutes, then add salt. Remove from heat and leave in the broth for 5 minutes. Remove rabbit pieces and season with salt and pepper.

Pick off the mallow leaves, wash and dry well with a towel. Finely chop using a molokheya chopper or place in the freezer for 30 minutes, then chop using a food processor.

Bring 2 cups of strained broth to a boil. Add part of the taqliya and boil for 5 minutes.

Optional: You may also add a tomato to the broth, first by adding it whole to the broth for just minutes, then strain it and add it back to the broth.

Add chopped mulukhiya, stirring constantly, bring mulukhiya to the boil, stir, and then bring to a boil once more. Skim any froth that forms. Caution: Do not stir the mulukhiya for more than 5 minutes.

Fry the remaining garlic mix (taqliya) in ghee until golden yellow. Add to the molokheya.

Fry the rabbit pieces in ghee until golden brown, and serve both molokheya and rabbits with white plain rice. 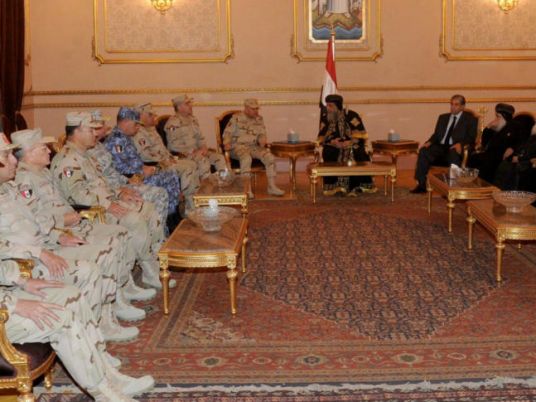 IS reportedly chops hands of 3 women, flogs 5 men in Iraq