It was only by chance that the first edition of 11 Yolyou wa Darb el-Eskandareyya (11th July and the Bombardment of Alexandria), written by the late distinguished writer el-Aqqad, got published. The book, published within the monthly series of "A-Book-a-Day," produced by Akhbar el-Youm, was published just a few days before the Free Officers seized power in 1952. Ridding the country of British occupation and achieving independence were the main objectives of the Free Officers.

The second edition of this rare book was only recently published by the General Authority for Cultural Palaces, within its respected series Thakerat el-Umma (Memory of the Nation). The series, begun by famed author Ragaa el-Naqqash, has enriched the Arab literary world through its republications of select intellectual, literary and political works written years ago.

El-Aqqad was often dealt with as a reactionary who opposed progress and modern poetry. For decades following the 1952 revolution he was the target of a continuous campaign seeking to cast aspersions on his character. We were taught to hate him as students because of the method by which his series of books titled el-Abqareyyat (The Geniuses) was taught to us at secondary school. He was known as more properly belonging to a bygone era. Nobody seemed to mention that he defied King Fouad himself, and was sent to prison because of his stand on the constitution. Furthermore, the defiant El-Aqqad took Sheikh Ali Abdel Razeq’s side during his crisis with King Fouad regarding Razeq’s book El-Islam wa Usuul el-Hukm (Islam and the Basis of Governance). As a journalist, thinker and politician el-Aqqad harnessed his skills in defense of freedom, the constitution, independence, and the parliament. Like many who belonged to the liberal elite in Egypt, he was one of the most ferocious thinkers opposing British occupation.

I believe that el-Aqqad and many other prominent writers and thinkers of his time were deeply wronged when they were dealt with as one politically and socially corrupted bloc that should be erased from existence. The human values which they upheld, such as freedom, parliamentary life, the right to form parties and the right to publish newspapers, were undermined, leading to a deteriorating state of affairs, with consequences that we still suffer from until today.

The book sheds light on el-Aqqad’s ability as an extraordinary political writer; an aspect that many wished to deny. As Dr. Latifa Salem points out in her foreword, el-Aqqad published his book in July to coincide with the revolution because he intended his book to go hand-in-hand with movements against the king’s despotism and irreverence, which had reached their zenith. Nationalism was at its most intense, seemingly ushering in a new stage awaited by all. More importantly, el-Aqqad underlined the fact that the country had previously rejected similar conditions, but had never surrendered.

The book is a bullet fired against the occupying force. Published 70 years after the invasion and occupation of Egypt, the book not only serves as a historical record and a reminder of the grimmest day of Egypt’s modern history, but also seeks to describe the day of the bombardment in graphic detail, to keep the scene vivid before our eyes as if it were a wound that never heals.

I don’t think that any other book has been capable of covering the Egyptian question in such an in-depth and comprehensive manner as this publication was able to do. The period covered by the book extends from the launching of the crusades in the eighteenth century, to the brutal colonial invasion of Egypt on 11 July 1882.

In the book, el-Aqqad writes: “As mentioned earlier, the crusades gave way to the ‘Eastern Question’ wars which lasted for long years. Those wars were, however, crusades in disguise, especially when it came to the stance adopted by major countries towards Egypt; and more specifically the Suez Canal. German philosopher Leibniz persuaded King Louis XIV of France to deal Holland’s eastern trade a serious blow by releasing Egypt from the grip of Islam. In that way, Holland was not capable of resistance because standing in the way of invading Egypt would arouse the anger of Christian nations.”

In the eyes of the European, digging the Suez Canal was another gain brought about by the crusades; a gain in which the entire world was interested, says el-Aqqad. Soon enough, the Eastern Question took a new twist because of the legacy left by the sick man of Europe – or the Ottoman Empire. Europe rolled up its sleeves to divide the enormous pie left over by the sick man, el-Aqqad goes on to say.

As el-Aqqad chronicles some seven centuries, he only rarely points out references or statistics, because, to him, the truth is as plain as day. That truth is resistance against occupation.

Contrary to the expectations of many, the author does not resort to falsehoods, nor does he use a flowery language with extravagant use of synonyms, unlike the majority of writers of his time. His style is succinct yet precise, and his political and social analyses are far from redundant. Most importantly, the writer does not reproduce preconceived notions, especially when tackling the role played by Urabi and his companions.

If we take into account the political and social systems existing at the time of the book’s publication, and the fact that the very people towards whom el-Aqqad points an accusing finger were the grandparents of King Farouk, we should realize how brave el-Aqqad must have been to write such a book.

"Fate continues to ridicule the policy of colonialism at every stage," concludes el-Aqqad. "British occupation uses the digging of the Canal as a pretext for remaining in Egypt. You might as well invade Egypt, act offensively against it, and violate covenants. But today we object by resisting occupation. If that resistance was once a calamity for those who started it, today it gives them recognition and allows them to be dealt with equitably."

I wish to state, again, that many of my generation have wronged el-Aqqad. We made an unforgivable mistake that cannot be rectified except through attempting to view el-Aqqad in a new light. He will definitely be rediscovered. 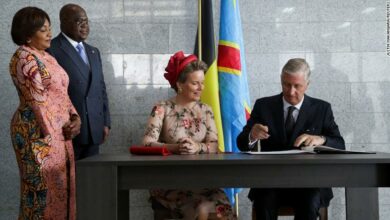 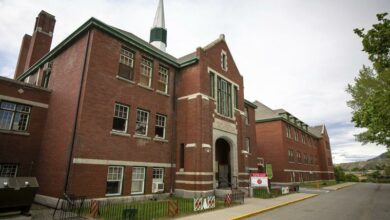 More than 200 bodies found at Indigenous school in Canada 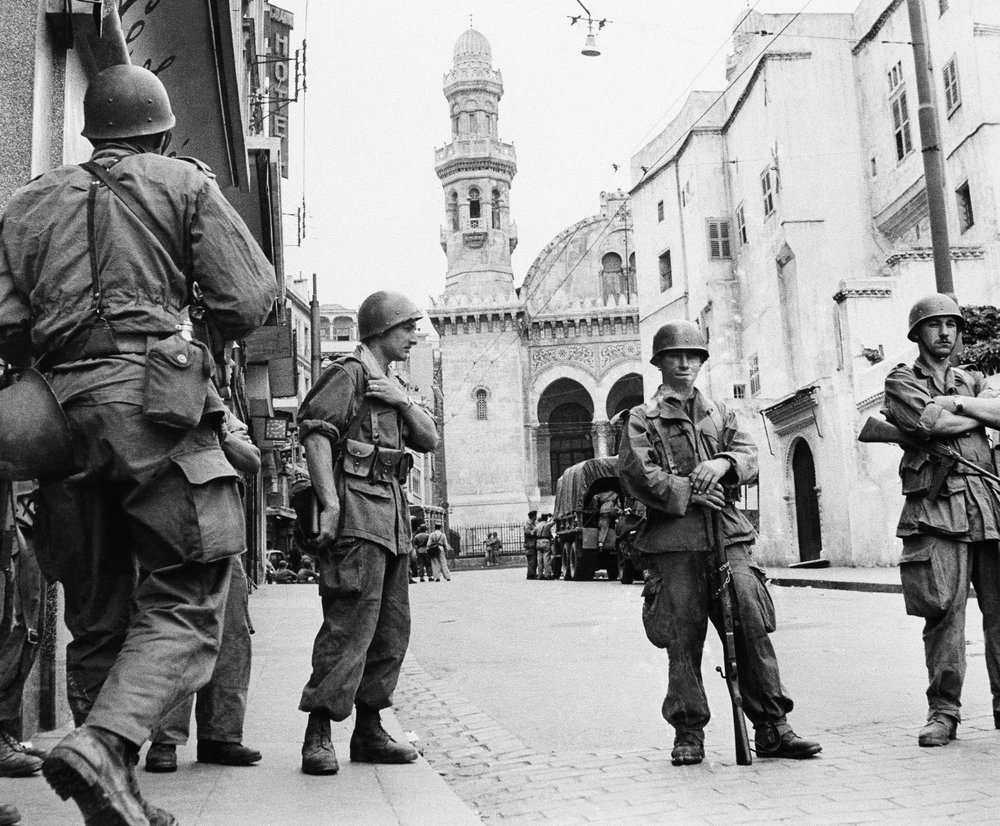 France to reckon with Algeria colonial past, won’t apologize