Ayman Nour, founder of the New Ghad Party, said he would file a challenge to the new laws on the elections for the People’s Assembly and the Shura Council, the two houses of parliament.

“The laws are not appropriate for small parties that did not enter into coalitions,” Nour said at symposium on Monday.

Nour called for implementing the proposal of the various political forces to hold the elections on the basis of a “proportional list" for all parliamentary seats.

He also called for separating the elections of each of the two houses in order to allow political diversity within parliament that represents all trends. “This is better for the committee that will write the new constitution,” he said.

Nour also said his party's decision to join a coalition that includes the Muslim Brotherhood and the Salafi parties is not a deviation from the party’s liberal orientation. “It is an electoral coalition, not a political one,” he said. “We will not accept religious or military rule.” 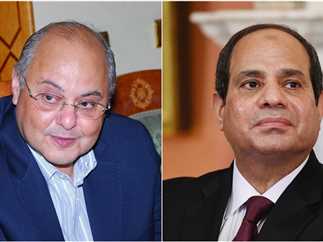 ‘I was not surprised by the result’, says Moussa Mustafa Moussa