US officials say a trio of assassination attempts targeting pro-Russian officials over the past two weeks suggests a burgeoning resistance movement against pro-Russian authorities occupying parts of southern Ukraine.

While it is just a few incidents isolated to the town of Kherson so far, US officials say the resistance could grow into a wider counterinsurgency that would pose a significant challenge to Russia’s ability to control newly captured territory across Ukraine.

The Kremlin “faces rising partisan activity in southern Ukraine,” Avril Haines, the director of national intelligence, said during a conference in Washington, DC, on Wednesday.

The United States believes that Russia does not have enough forces in Kherson to effectively occupy and control the region, one US official said, especially after pulling forces from the area for the fight to the east in Donbas. Another US official told CNN that move may have provided Ukrainian partisans with a window in which to attack locally installed Russian officials.

The region is critical to Russia’s hold on Ukraine’s Black Sea coast and controls access to the Crimean peninsula. It’s unclear how many Russian forces are in or near Kherson, but an occupation against a hostile local population requires far more soldiers than a peaceful occupation of territory. 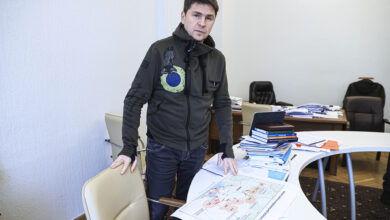 The West must “respond decisively” to this “new stage of the war,” 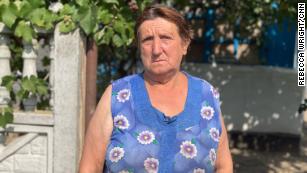 As Ukraine pushes to retake the south, families fear being caught in the crosshairs