State prosecutors on Sunday ordered the detention of 30 Muslim residents of the city of Dayrout in the southern Assiut province on charges of damaging the façade of a Coptic diocese building. 37 others are also expected to be brought up on the same charge.

Clashes between Muslims and Christians erupted in Dayrout on Sunday after a Christian resident was killed following rumors that his son was having an affair with a Muslim girl.

According to official sources, the Coptic bishop of Dayrout has refused to meet with government representatives. The bishop reportedly called the governor of Dayrout in the wake of the incident, to whom he complained that laxity on the part of security forces had caused relations between Muslim and Christian communities to deteriorate.

Speaking on condition of anonymity, one source at the diocese said that local Christians were afraid to leave their homes or send their children to school.

Police declared a curfew in the area immediately after the clashes and have maintained a heavy security presence around churches throughout the Assiut province.

Naguib Gibril, head of the Egyptian Union for Human Rights, sent a message to President Hosni Mubarak calling for his personal intervention in the issue. Gibril accused the Dayrout governor of relying on traditional "reconciliation councils," along with other unofficial means, to resolve problems rather than referring them to the judiciary.

Sectarian strife looms in Luxor over woman converted to Islam 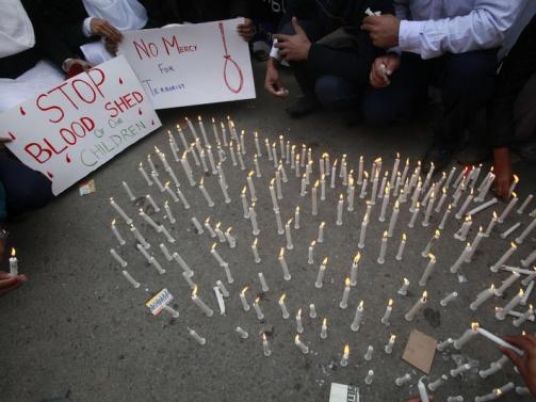