One man was injured early Monday as a result of a Russian attack on the Ukrainian capital Kyiv, according to the State Emergency Service (SES) of Ukraine.

The 19-year-old man was hospitalized after suffering a lacerated foot while in an eighth-floor apartment in Kyiv’s Desnianskyi district.

“Firefighters of the nearest fire and rescue units immediately arrived at the scene,” the SES said on its official Telegram channel.

“Upon arrival, the firefighters found out that as a result of the rocket fragments falling on the roadway, balconies and windows on 3, 4, 6 floors of a 9-story residential building were damaged.”

The Ukrainian military claimed to have shot down 39 Iranian-made Shahed kamikaze drones overnight into Monday, but said that debris had nonetheless damaged infrastructure facilities and residential buildings. 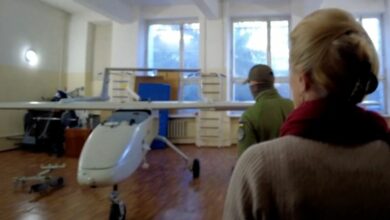 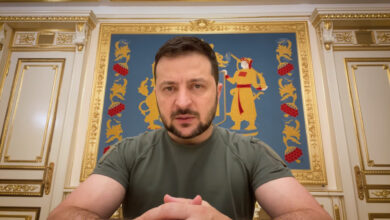